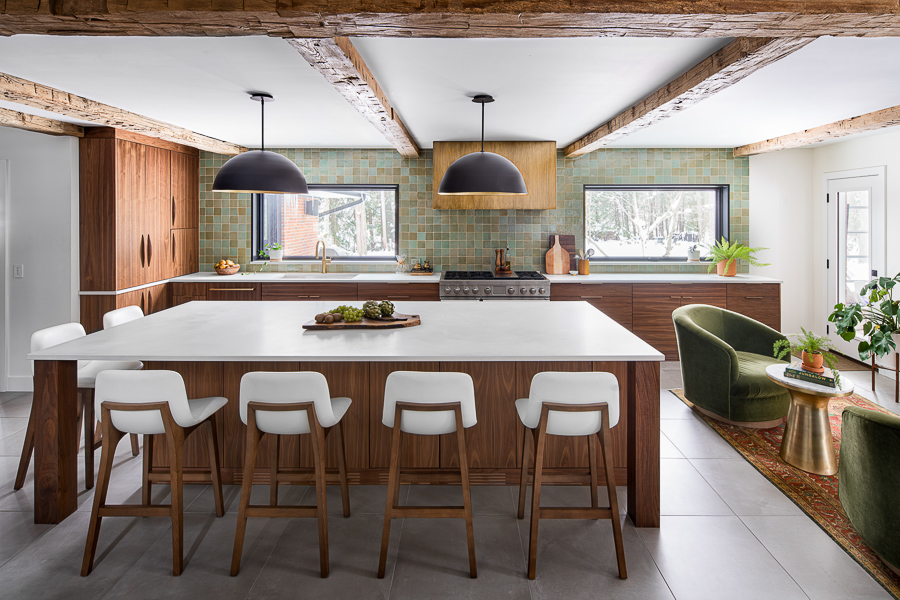 I am so excited to finally share more about the Mid Century Modern Kitchen at Miner Park Modern!  As you’ll see, the kitchen features modern walnut slab cabinets, concrete inspired porcelain floors, and a show stopping green zellige tile that does its job by bringing the outdoors in.

The original kitchen at Miner Park Modern (MPM), was a galley style facing the road.  The footprint was tight, given the amount of cooking the whole family does, together usually, not to mention, the homeowners entertain their large extended family and friends on a regular basis and we all know that everyone typically congregates in the kitchen area.  The 1940s house had the typical first floor setup with a formal dining room and a formal living room.  Like most families these days, the kids took over the dining room which then became the kids room and the formal living room was used as an an adults only quiet space to read, relax, paint or just enjoy the fireplace.

What I did not mention was the LOT.  The glorious, wooded lot facing the back of the house… meaning, two of the most underused spots had these lovely picture windows facing the wooded wonderland.  Time for a reconfiguration! 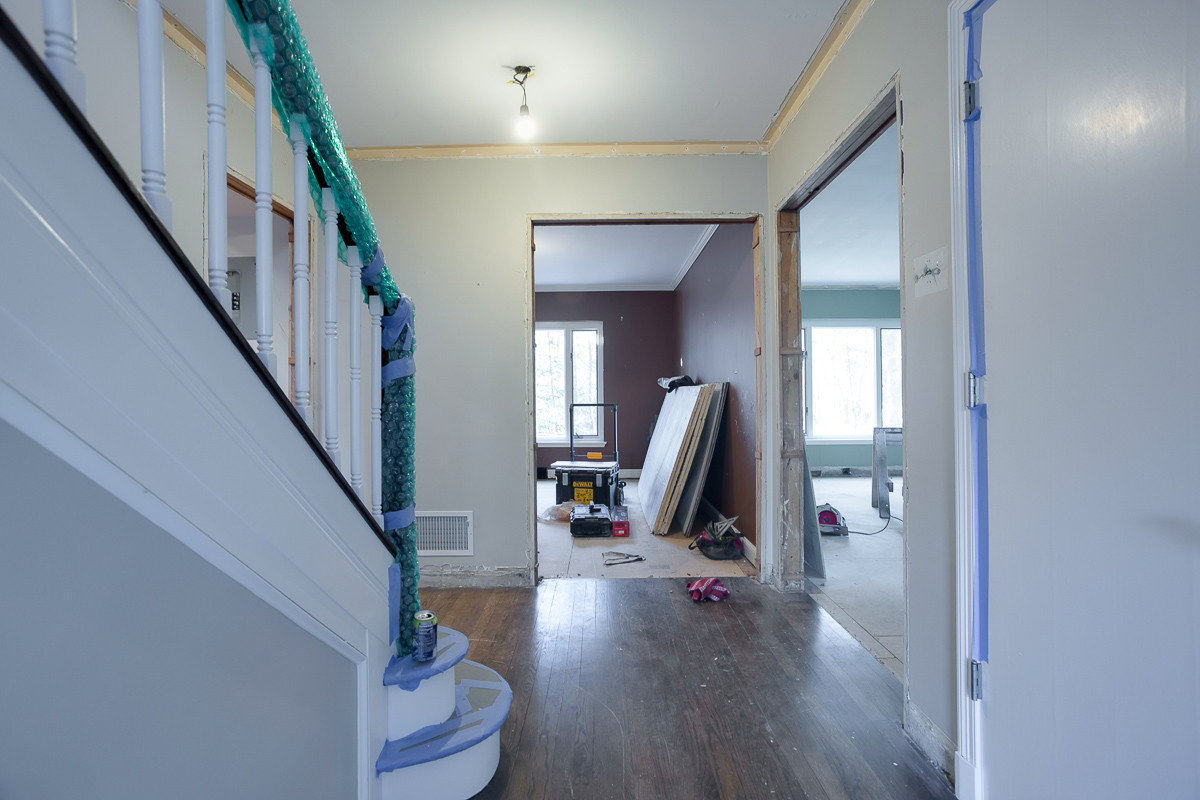 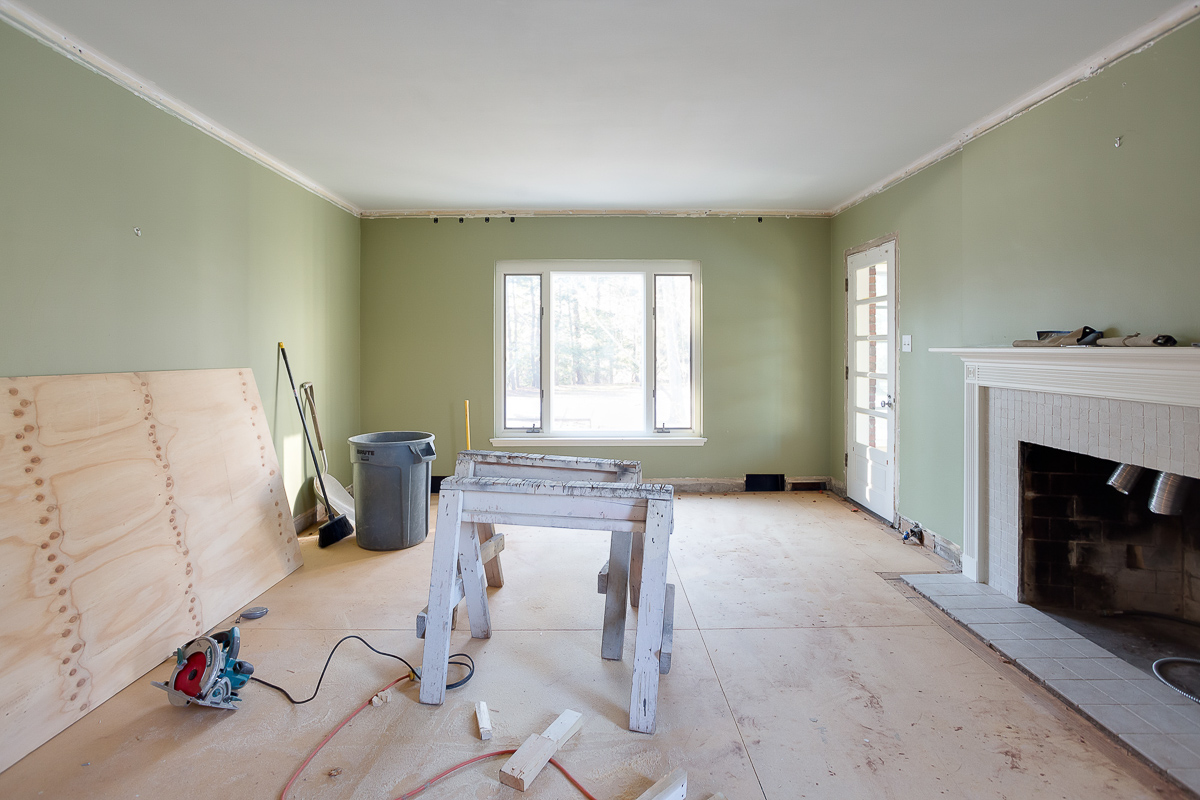 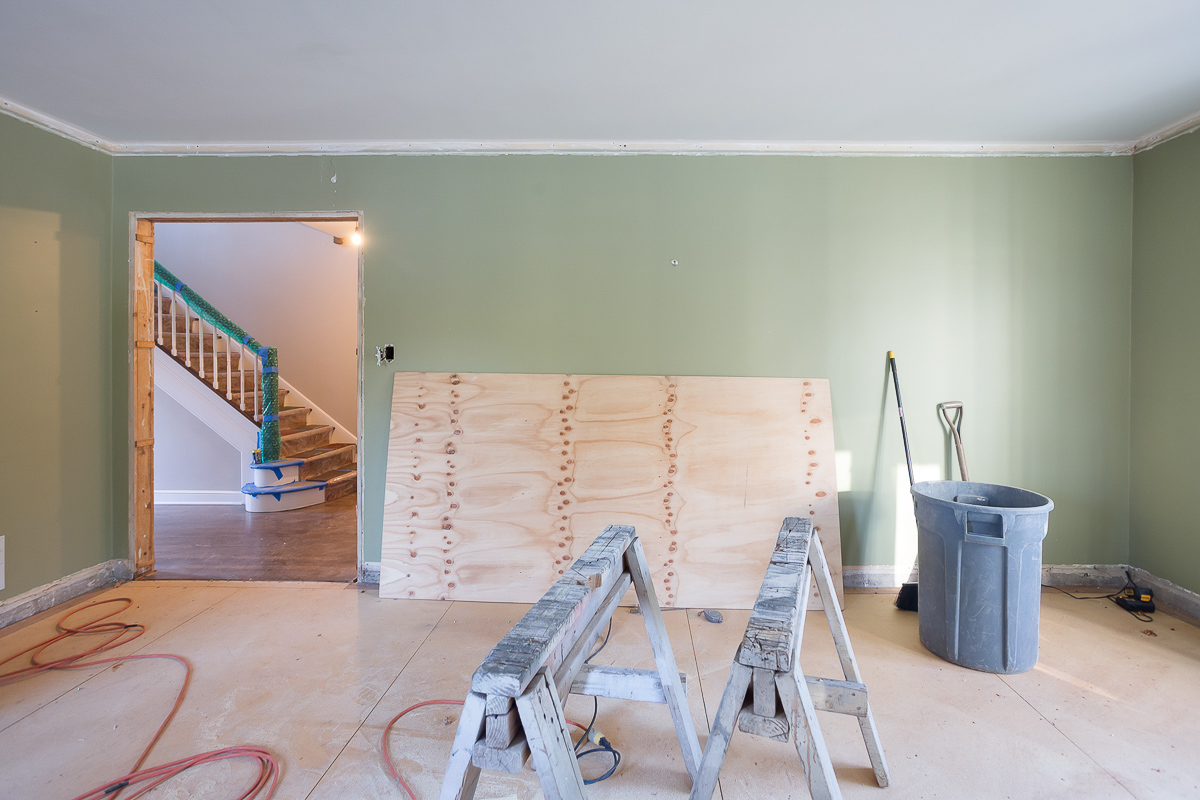 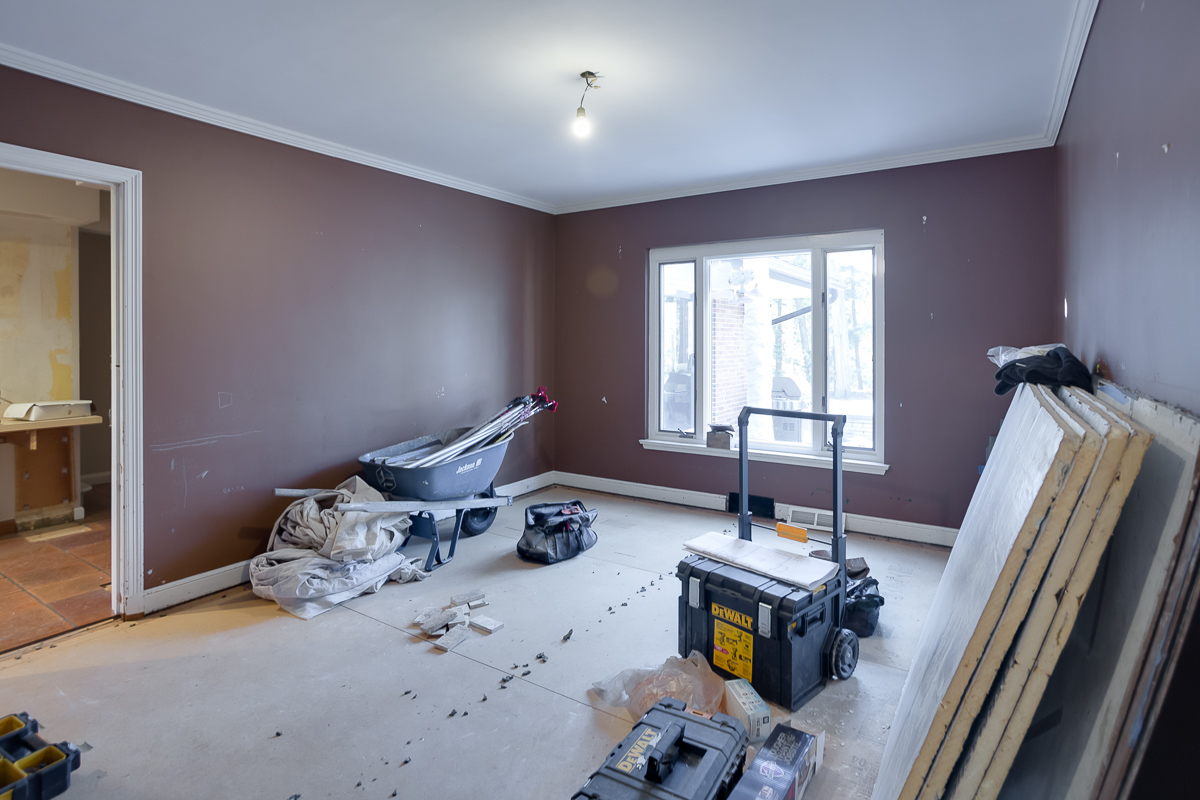 Original kitchen would become the mudroom and additional storage hallway… 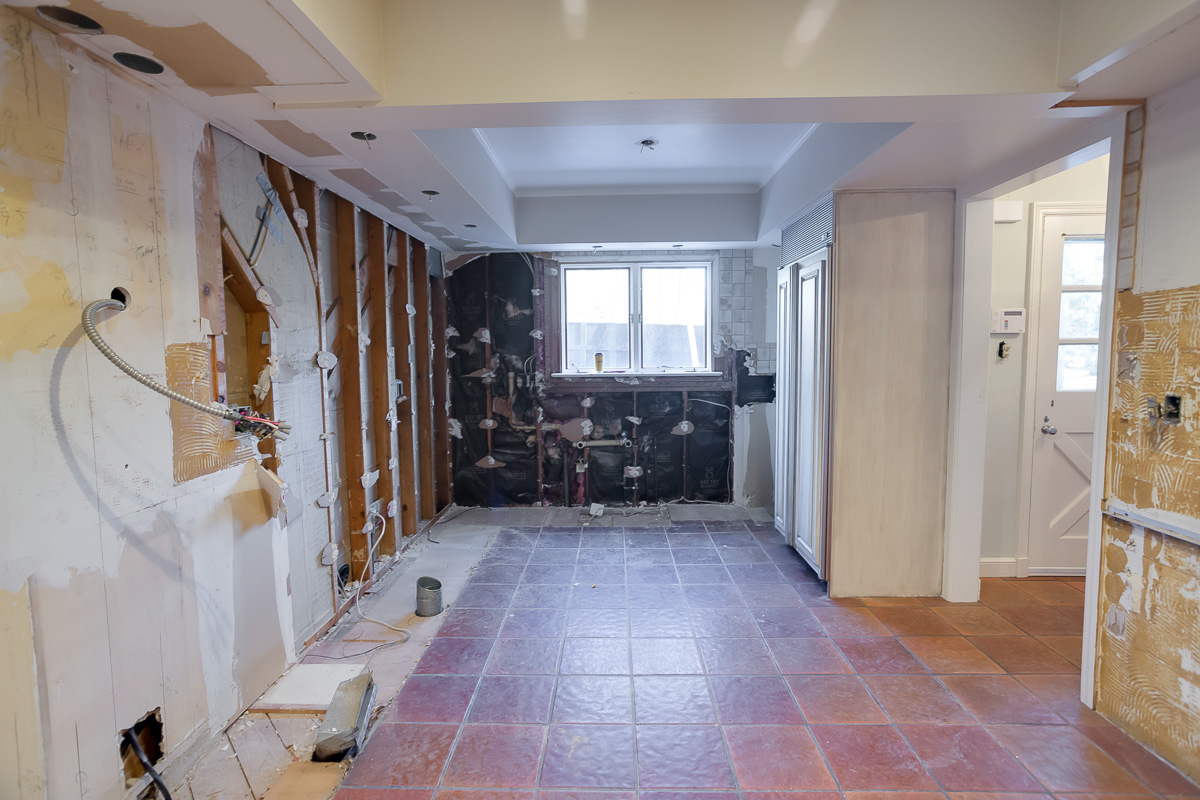 The new kitchen would be reconfigured in the dining and living rooms spaces, windows repositioned and support beams put in place.  The original kitchen would be converted to additional storage, pantry and a mudroom off of the garage entrance.

Now to the fun part… the design.

When working with a couple, who both had an opinion on the final look and feel of the design, I asked them to, individually, send me 3 adjectives to describe how they wanted the kitchen space to feel.  I should preface this by saying, when I came on board, the design they thought they wanted was not clearly defined and a bit scattered… which is why hiring a DESIGNER is a fantastic idea!

Here’s what they sent me:

This meant they were on the same page and these feelings would be the ones we could check back in on if things got off course.  After many designs (three?) here is a rough render of what would become the final version… 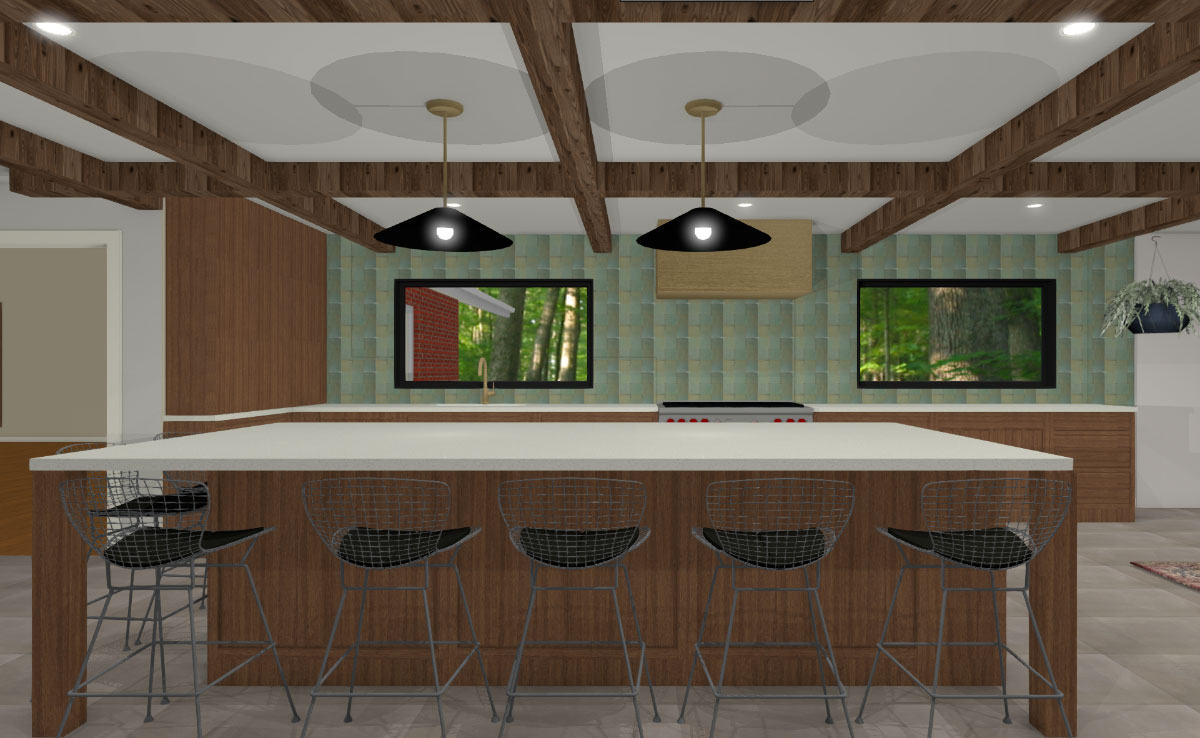 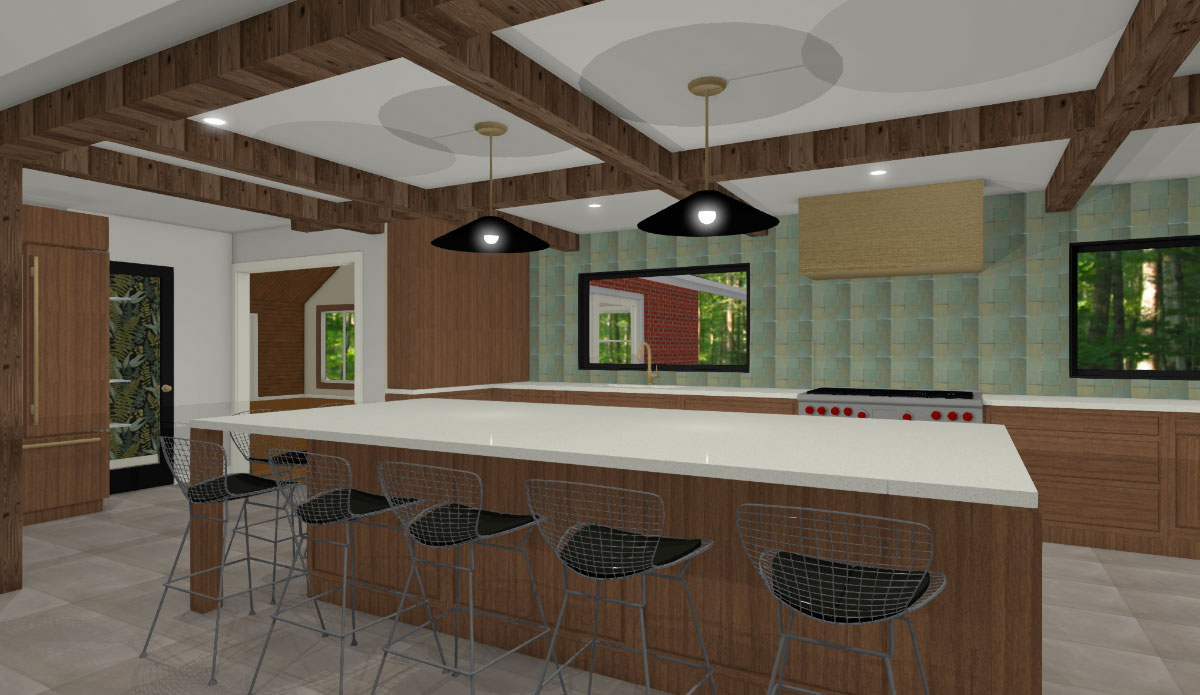 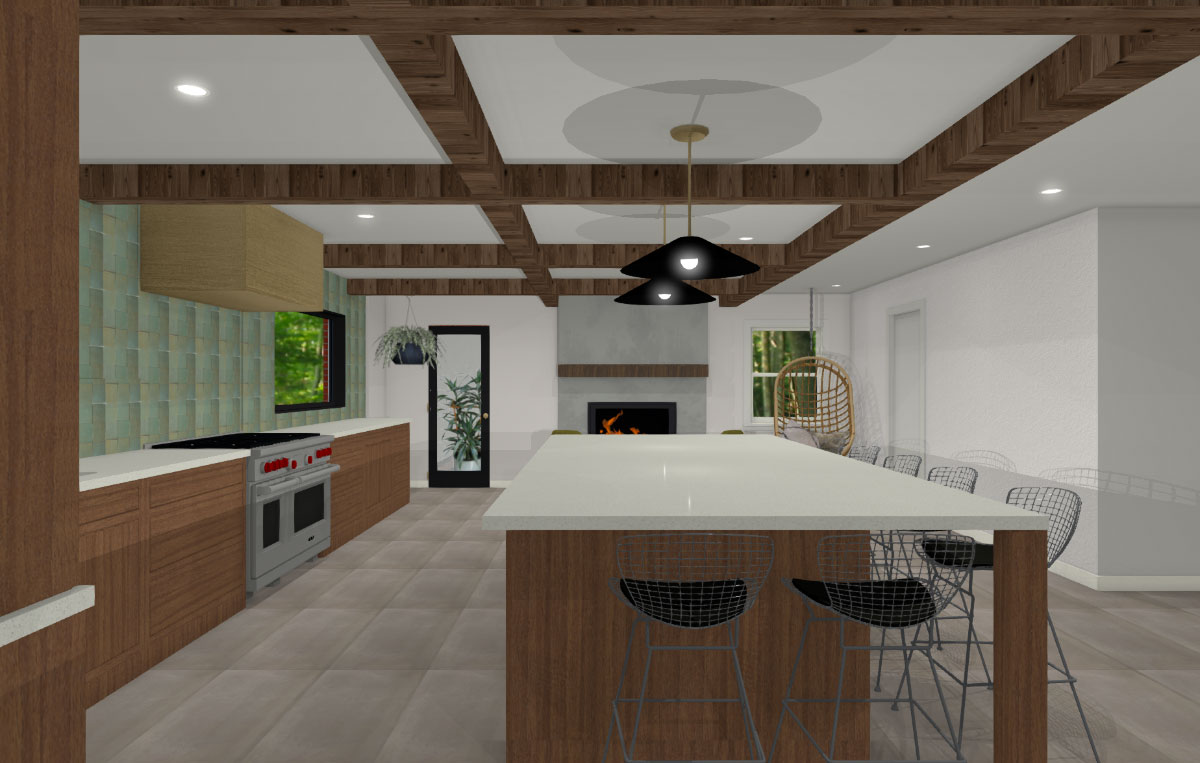 Demo began on March 1 and their contractor, Valle Homes, made sure to keep things on schedule so they could move back in on July 1.  That meant 4 months for the kitchen and the remaining scope of the project which I will get in to later.  So did they move back in on July 1?  They sure did!  With only a few loose ends hanging… backordered oven and dishwasher being the main supply chain culprit!

Almost a year after demo begun, I was finally ready to do photos of the finished spaces!  I have been a working photographer since the early ’00s but I wanted to bring in my architectural photographer friend Jordan Powers to get the job right!  I also hired my photo stylist friend, Noelle, to help with in final styling for both the homeowners and the photography.  Noelle has a great eye and attention to detail, while I usually get a little antsy with the minutiae at the end.

The final photos are so dreamy and more than met my expectations.  I am grateful to have such talented, creative and supportive friends to collaborate with on such projects!

NOTE: Do not repost photos without proper licensing from photographer, @jrdnpwrs, DM Jordan for details. 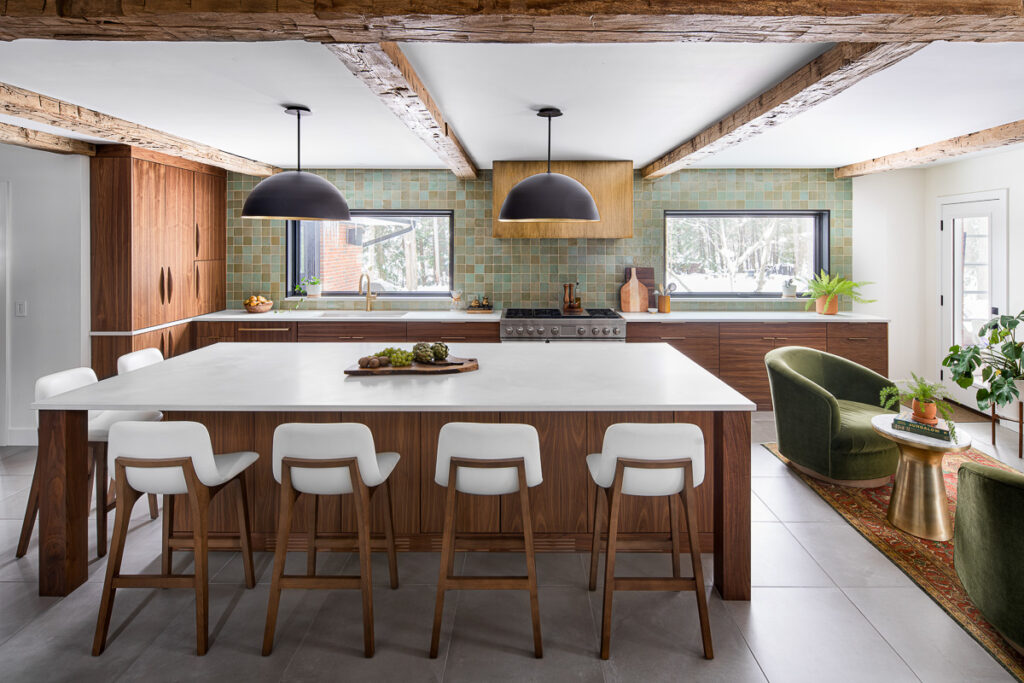 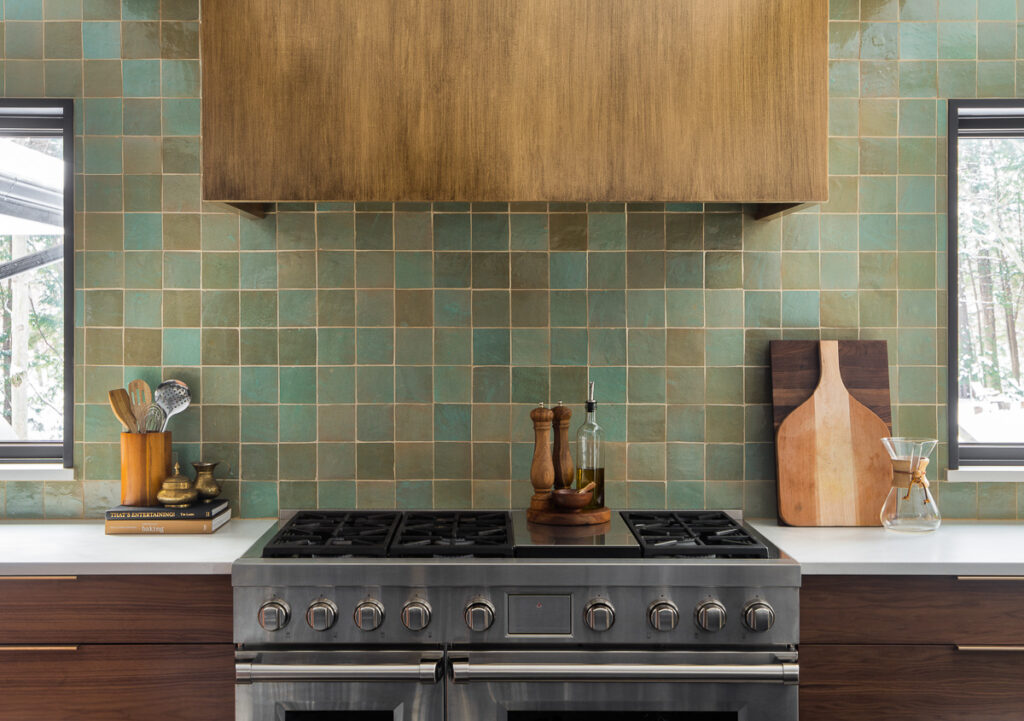 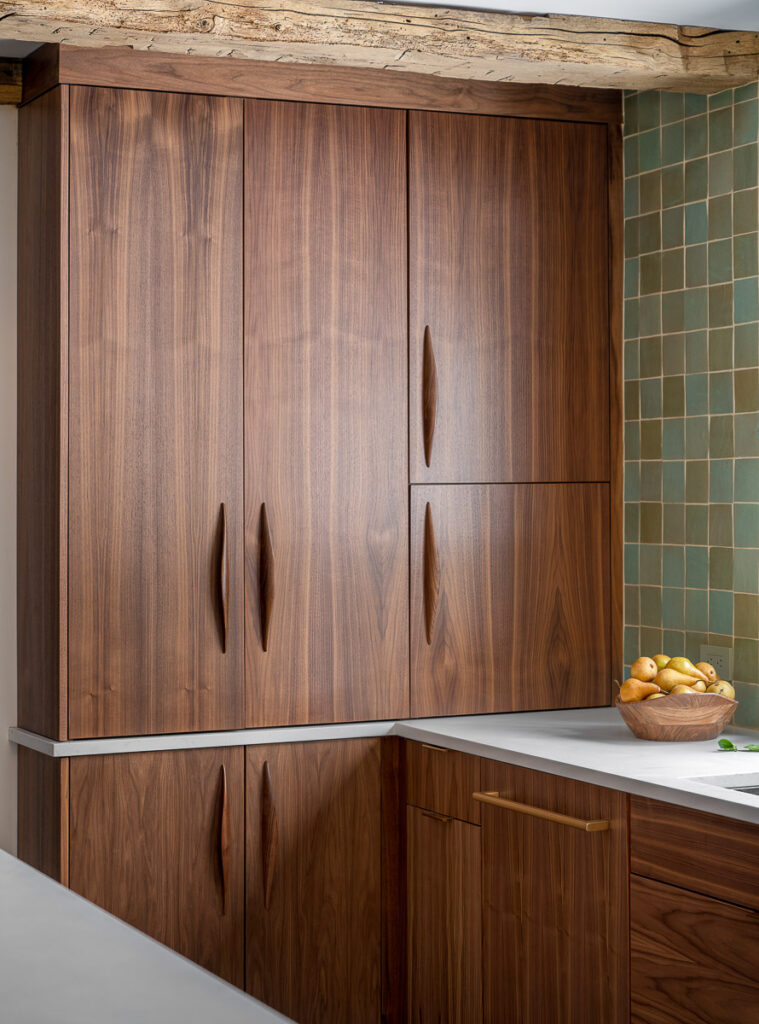 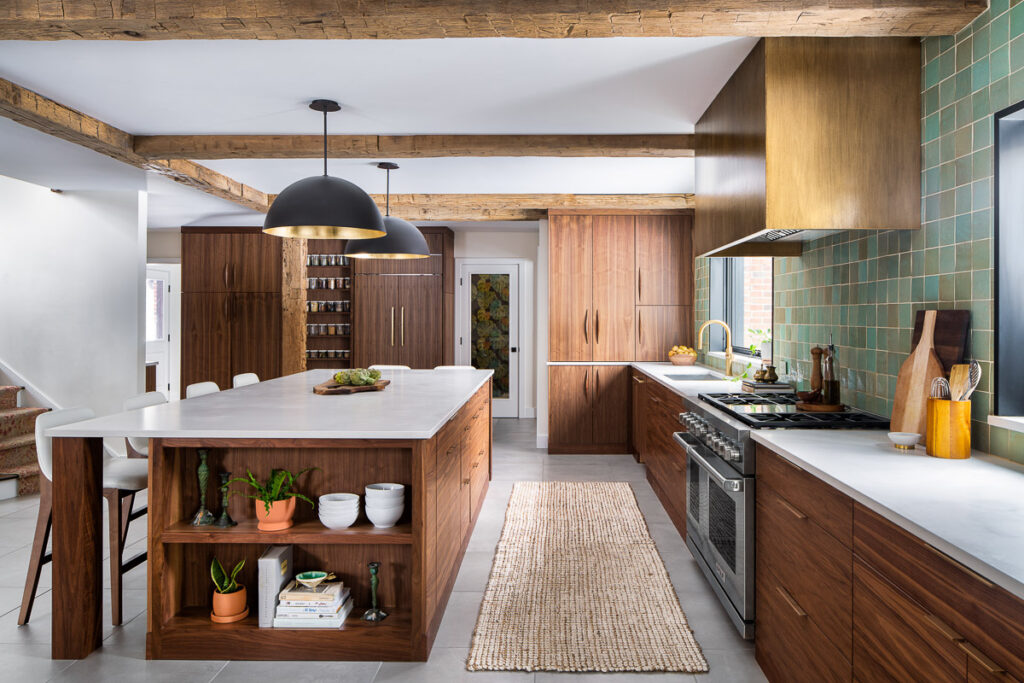 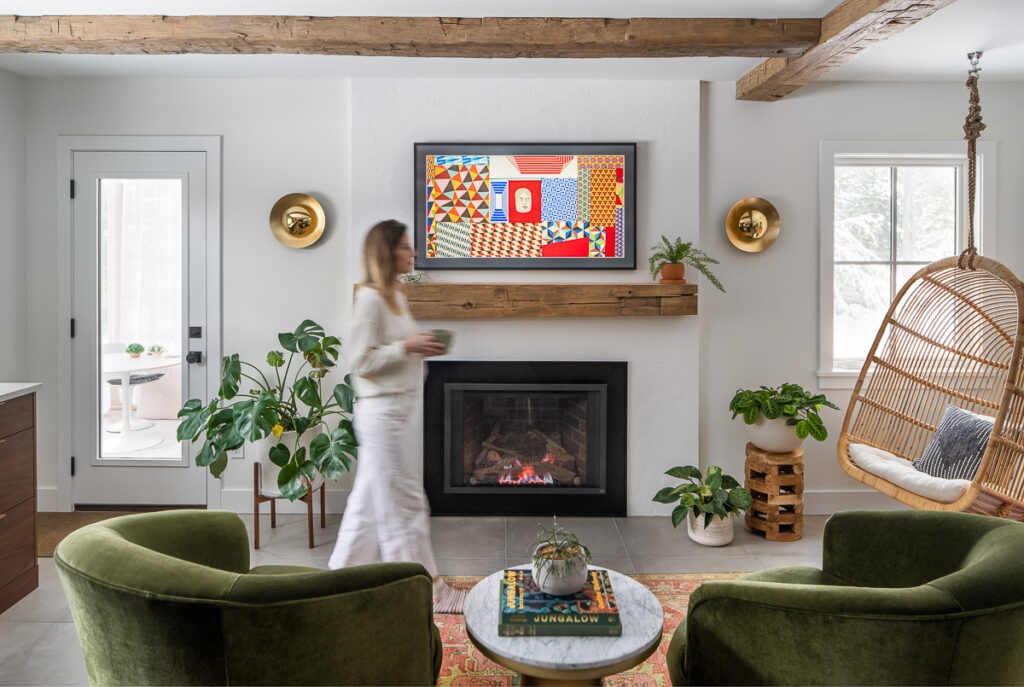 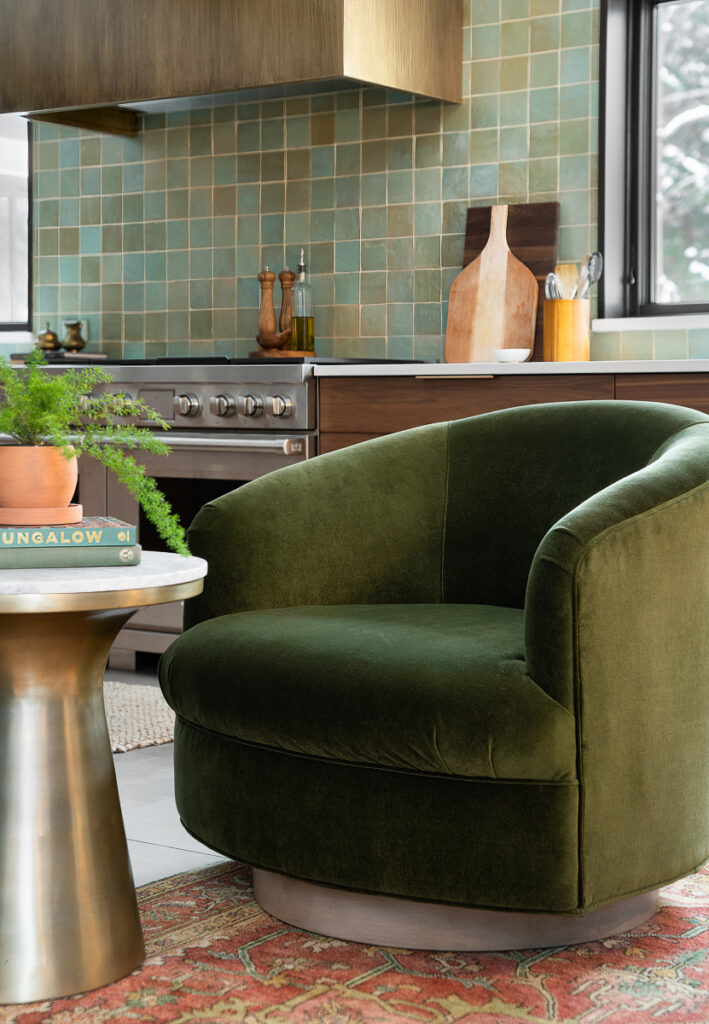 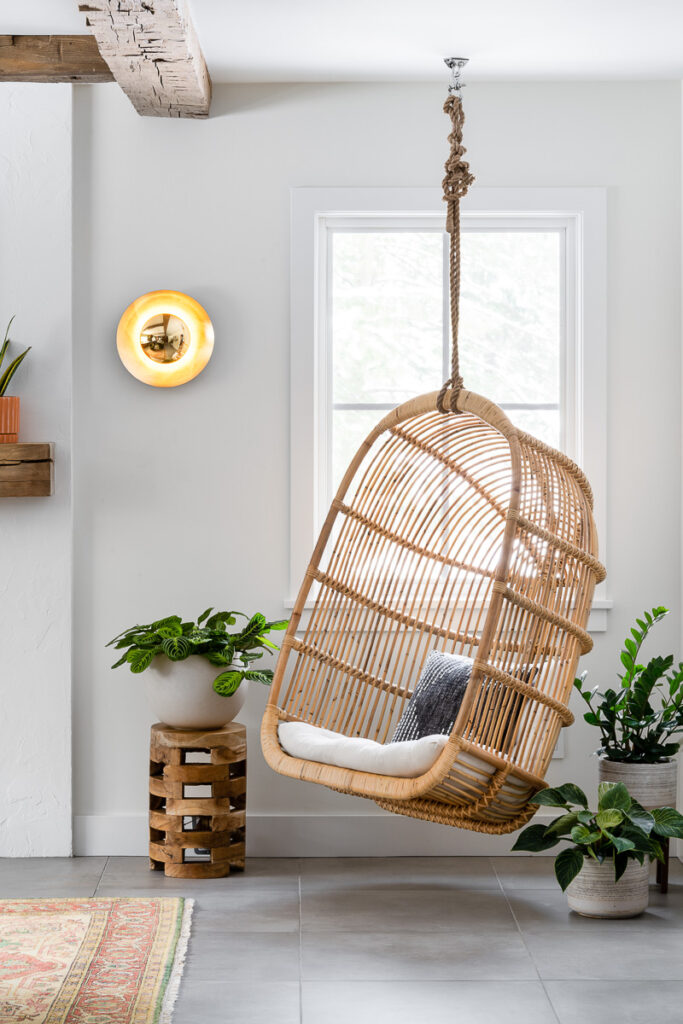 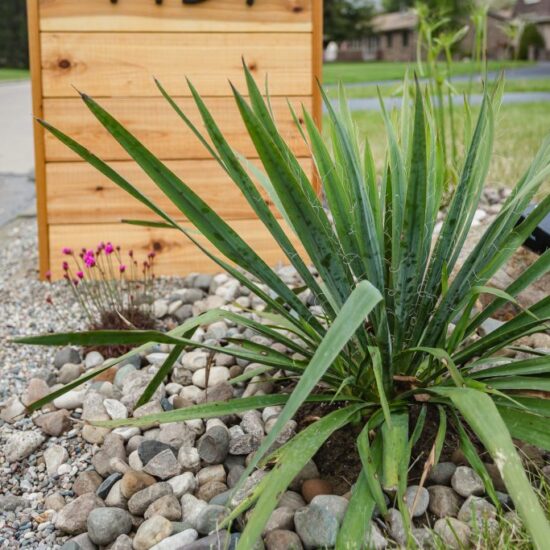 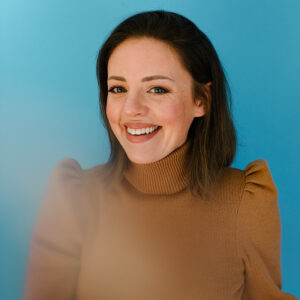 i love mixing the warmth of wood with color, texture, and unexpected patterns. also, plants make every space better!